The Claudius App, compare and contrast. 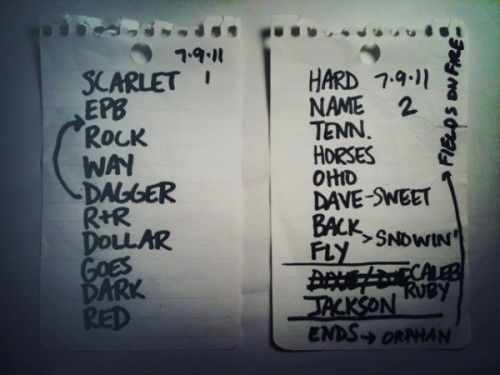 The above is a set list from a recent Gillian Welch gig in San Francisco, it’s another poem in the ‘tour’ sequence because I say it is.
With regard to the three Jarvis poems, I’ll obviously need to give these much more attention after I’ve negotiated the various threads in ‘Dionysus Crucified’ – I’ll have more to say once I’ve got my brain around both the depth and the breadth of the Jarvis project. Incidentally, looking at the background to George Herbert has led me to ‘Godly sorrow’ and John Donne on kenosis which may shed a little more light on the dying god theme in ‘Dionysus’ and on “or voiding inside their once barbarous pageants of national violence and love” from Z.15. It could of course be yet another example of over-reading and leaping to conclusions that aren’t actually there. I’m not at all sure about ‘Barcarol’ mainly because of line length but I also accept that I need to pay this much more attention.
As for the Sutherland contributions, I’m of the view that the selection from the Odes contains one of the weakest bits of the sequence, the excerpt from ‘Ode 4’ is a little too controlled and rational for my taste and (probably) not ‘superabundant’ enough. The bit from Ode 5 gives a much better idea of the quality of the sequence as a whole. I’m also a little puzzled as ‘Living stops to fit the empty” was once part of the ‘Odes’ and probably makes more ‘sense’ in that context rather than as a separate poem. Does anyone know when/if the sequence will be published?
I realise that this may cause offence but I’m bored of kettling poems and becoming bored of austerity poems (unless they are really, really good) and ‘The Clearance’ is a kettling poem, it’s a clever and clearly heartfelt piece of polemic but there are much bigger fish to fry… 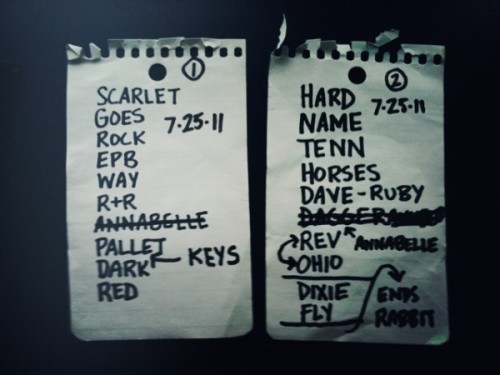 Welch, Toronto, Monday night, the final poem in the sequence.

12 responses to “The Claudius App, compare and contrast.”