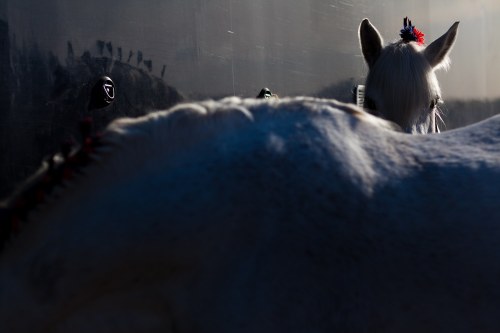 The last post on Celan’s term ‘the angle of inclination’ attracted some debate and a very helpful contribution from Pierre Joris (Celan’s best translator who also spent seven years of his life producing the English version of the notes for the Meridian), I thought that I’d return to this issue and add a few more elements into the ‘mix’.

For those unfamiliar with Celan’s work, it is probably sufficient to say that he was the greatest poet of the 20th century and that his later work embodies much of what poetry must be about. The notes made in preparation for the Meridian offer a crucial insight into Celan’s poetics- the Meridian address is the only time that he expressed his views on poetry in any depth. I’ve paid intermittent but close attention to the notes since last summer and have learned a number of things which appear to be reasonably central to Celan’s practice:

I’m reasonably confident of the above but there are many other aspects that are resistant to ‘easy’ interpretation. One of these is the use of the ‘angle of inclination’ which I speculated about in the last post. To recap this is what Celan said in the address:

This always-still can only be a speaking. But not just language as such, nor, presumably, not verbal “analogy” either.

But language actualized, set free under the sign of a radical individuation that at the same time, however, remains mindful of the borders language draws and of the possibilities language opens up for it.

The the poem is – even more clearly than previously – one person’s language-become-shape and, according to its essence, presentness and presence.

Last time I speculated that this angle may refer to being leant forward so as to pay close or respectful attention to something. In response, Courtney Druz suggested that this might refer to a “bending under pressure” whilst Tom D’Evelyn made this observation- ““Inclination” may point to the intersubjective understanding of otherness. The I is opened to the other by transcending itself, the self that is “intended” in time towards an object, and this transformation of the self creates a space where Being may show its “otherness” as inclination: a point of entry into this space. The pressure Courtney mentions is a “pull” that co-operates with the opening self to open the space.” Pierre Joris put forward a Deleuzian perspective- “I’ll confess to problems with the translation of Celan’s term “Neigungswinkel” — which I eventually returned to its most literal translation as “angle of inclination”. For many years —the whole book took 7 years (meager? fat?) to translate — I used the term “clinamen” which in its Deleuzian inclination had seemed useful & accurate to me & my own thinking about PC. Vagaries & vanities of translation.”

In responding to these I came across a more detailed paragraph which I should have included in the initial post:

The poem that I have in mind is not surface-like: nor is this changed by the fact that even recently, with Apollinaire or with Chr. Morgenstern, one had the shape poem, rather, the poem has the (complex a double spatial depth of the soul of the) spaciality of the who demands it of the soul and indeed a complex one: the spaciality and tectonics of the one who demands it of himself and the spaciality of the of his own language ie (language which) not simply of language as such but of the language which configures and actulizes itself under the special angle of inclination of the one who speaks and thus the poem is fateful language.

(The words in brackets are the ones that Celan crossed out in his notes.)

The next paragraph expands on ‘fateful’:

“Fateful”: a highly contestable word, I know; but let it function at least as an auxiliary word; as auxiliary word for ex., for the description of an experience: that one has to emulate one’s poem, if it is to remain true; that concerning this or that poem one has to ask oneself if it hadn’t been better to have left it unwritten; that (one) even (the) most (pronounced, most articulated) literal irreality form speaks the language of the imperative: “You must pass through here, life!”

(The words in brackets are again the ones that Celan crossed out in his notes.)

So, there are now some additional words and phrases that we need to think about. I’m taking ‘the one who speaks’ to be the poet or the maker of the poem and that the poem actualizes itself because it is made by the poet who has this ‘special’ angle of inclination. It is because of this process that the poem is said to be ‘fateful’ language.

Let’s give some consideration to this ‘highly contestable word’, fateful has five definitions in the OED:

Given what we know about Celan, it is likely that this contestable word is being used as a combination of both the first and second definitions although the fourth definition may also be intended, the notes have “Death as the principle creating unity and limits, this its omnipresence in the poem.” but we do have to tease out whether this is Celan the follower of Heidegger or Celan the depressive…..

With regard to “You must pass…”, the notes contain “poems are narrows: you have to go through here with you life – ” with an additional comment that was put in later- “…..not all the poems one writes: no one is a poet through and through…”. So poems carry or are laden with fate/destiny and also carry death and that the poet has a kind of duty to ’emulate’ the poem- in another version of the ‘fateful’ paragraph this is “one has to live according to one’s poems”.

The Notes also contain Celan’s radio-essay on “The poetry of Osip Mandelstam” which contains this: “These poems are the poems of someone who is perceptive and attentive, someone turned toward what becomes visible, someone addressing and questioning: these poems are a conversation.“

Celan was a fervent admirer of Mandelstam’s work and had translated it from the Russian, here I think the idea of turning towards something that becomes visible may also provide context for ‘inclination’.

I think Courtney is right that the leaning forward is also experienced as a burden, as a responsibility to bear witness for the other- which requires an openness and careful attention. The imperative to bear witness to the fate of the Jewish people is a recurring theme in Celan’s work which is made more difficult and complex by the fact that his mother tongue was German. “Tenebrae” has ‘we’ going to look at the bodies in mass graves but it is also set out as a prayer that addresses God directly.

So, inclination may combine- attention, reverence, the burden of responsibility toward the other or otherness and may also be concerned with all of the above working to expose an aspect of truth or reality.

As always with Celan all of this has to be provisional and I haven’t begun yet to address Pierre’s ‘clinamen’ and the Deleuzian Celan but I do find it very useful to try and think these things through.