The Archive of the Now- listening to poetry 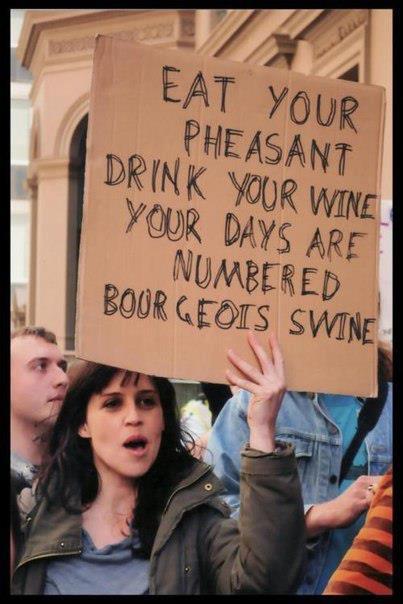 The image is more of a poem than just the words on the placard, juxtaposition of two faces and one arm....

A few weeks ago I was approached by Andrea Brady asking for a link to the above which I was more than happy to provide because the archive does an incredibly valuable job of providing recordings of British poets reading their own work.

I’ve now spent some time with a number of the recordings and I’d like to draw attention to some of these.

I think I’ve said in the past that I’m not keen on listening to complex material without having the text in front of me as well. I also subscribe to the well worn but accurate observation that poets are bad at reading their own work although there are exceptions (Ezra Pound, John Matthias, Vanessa Place and Amy De’Ath spring to mind). I’m also disappointed about the sound quality of most of the readings on the web and won’t repeat here the rants that I have had in the past on this subject. All of this is counterbalanced by my recently renewed interest in how poems sound and might sound which was revitalised by Timothy Thornton’s account of the initial reading of ‘Dionysus Crucified’.

As a reasonably inept maker of poems I have a strong interest in all things archival so I want to spend some time here giving some thought to the idea of an archive of the present.

Before we get to the material, it seems that the site has had a fairly recent overhaul in terms of look and feel, it is a pity that nobody took the opportunity to update the links in each poet’s profile as many of these are either dead or redundant. The Simon Jarvis page doesn’t work at all.

There are a goodly number of what this blog considers to be essential poets reading essential poems and there’s also material that’s new to me that I need to pay more attention to. The ‘essentials’ are-

I have written before about my desire to be Caroline Bergvall and this recording intensifies that need. Some of the readings here can be listened to without the text but the brilliant ‘Chaucer’ poems would (probably) benefit from listeners having the printed version as well.

Bergvall’s work is marked by both commitment to what language can do and a readiness to experiment without losing either coherence or quality. The other observation that I need to make is that these readings are at variance with the poems that I have in my head, ie the way the poems ‘sound’ when I read them on the page. I wouldn’t read them as fast and I would be less emphatic- listening to these has made me reconsider (in a good way) how I’ve responded to the work as text.

I’ve written recently about the work of Amy De’Ath and have entered into some debate with the Harriet blog over the nature of her determined tulips and what they might signify and I don’t want to go over old ground. The readings here are from 2010 and demonstrate how poetry should be read. I first came across Amy’s virtuosity in this regard whilst listening to her read Jonty Tiplady’s ‘The Undersong’ which is a remarkable poem but made brilliant by the reading. The audio page of the current issue of the Claudius App also has Amy reading four of her own poems. Oddly, I don’t feel the need for the text for any of these even though some of these poems are at the complicated end of complex. If the archive really is about the ‘now’ then perhaps Andrea and co could commission a reading of the even-more-brilliant ‘Cuteness is a Landscape’.

I now need to register my personal disappointment at the failure of the Simon Jarvis page, particularly because I’ve never come across the first two poems and because I have a very clear idea of how ‘The Unconditional’ should be read. I think I’d also like to point out that there is absolutely no point in having a page that doesn’t function- it should be fixed or removed.

Francesca Lisette is another of our incredibly talented younger poets, she has this unerring ability to scare me and make me smile at the same time, there’s this mix of committed defiance and intellectual depth that is stunning. I remain of the view that anyone who can put ‘relinquish’ and ‘flounce’ together has got to be brilliant. The scariness also has some roots in a verbal density that really doesn’t see any need to compromise- this is one of those cases where having the text really helps. Incidentally, Mountain haven’t yet published Lisette’s latest collection but intend to do so in the fairly near future- according to their site it’s now called ‘Teens’. The relevant page does contain the text for ‘Icarus in Reverse’ which I think confirms my earlier assertion, even though her reading is perfectly judged and paced. I’d also like to draw attention to the link to Lisette’s reading at Greenwich in 2010 and ask rhetorically whether audio by itself is enough in an age where filming is incredibly straightfoward.

To conclude this part (of at least three) I’d like to observe that Neil Pattison has produced some of the finest and hauntingly brilliant poetry of the last ten years. I know this because I’ve been haunted by the ‘Preferences’ collection and by ‘Slow Light’ and ‘May Ode’. I’m going to omit the usual Pattison disclaimer and instead report that Neil is (or was) of the view that the audio version is somehow more definitive than the printed ‘Preferences’. I don’t hold to that view for two main reasons, the first is that this is complex and occasionally obscure/secretive material that repays readerly attention and there is a real danger that a first-time listener will be put off by the level of complexity that’s playing across a number of registers. This would be a tragedy because this is important/unique/groundbreaking stuff that we should all learn by heart. There’s also the issue of veracity, the first recording was made in 2005 and the collection was published in 2006 so I’m guessing that the differences between the two can be explained by re-drafting but the question then is (given Neil’s view) which should be considered authentic, or do we view authenticity as a movable commodity?

‘Preferences’ is still avaible from Barque but the link on the Archive page leads to an outfit wanting to sell me a domain name, this really isn’t helpful….