Every Fucker has a Dashboard 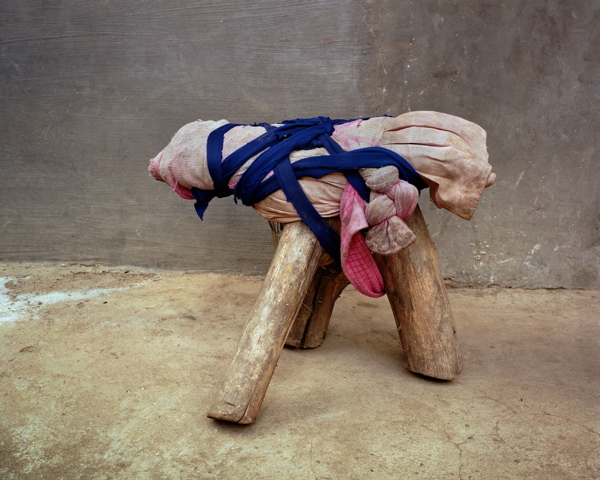 Having started to pay attention to ‘Kazoo Dreamboats’, I’ve been forcefully reminded of my own scientific ignorance by the sad fact that I don’t understand even the explanation of the explanation of Van der Waals forces. Some time ago I also decided that the understanding of protein folding might be Quite Important but I can only follow even the most basic reports with extensive use of the OED because, to quote Hill, I don’t have the science.

This isn’t normally a problem in that I can get by / function in the world without scientific literacy but as an auto-dictat it now annoys me that I’ve ignored this stuff since I was 12. In an attempt to assuage this angst, I’ve been looking through scientific comics to see if there’s anything that I can attempt to access without too much furrowing of the brow.

Looking through last year’s ‘Science’ comics I fell across one containing an article entitled ‘How to grow a mind: Statistics, Structure and Abstraction’ which I think I’m beginning to understand and I am finding it useful to think about the way that I read ‘difficult’ poetry and how mis or over readings might occur.

The authors of the article start by asking how it is that we can build up knowledge from so little data. They give the example that small children learn what a horse or a hairbrush is and can apply this knowledge after very limited exposure to examples. They use a ‘Bayesian’ or ‘probabilistic’ model to explain this and (this is important) I understand most of it.

Before going any deeper into the science and sums, I’d like to use a few poetic examples of the fruits of paying attention and drawing inference. There’s a line from Keston Sutherland that refers to the dire situation in Northern Mexico that I read as a reference to a bankrupt chain of booksellers, there’s a trope used by Timothy Thornton that I took to be a reference to the Latin verb to love but isn’t – although we both agree that it should be. I understand Prynne’s reference to the foreland in ‘Streak Willing’ to be a reference to the original four Irish provinces and his repeated use of ‘speak parrot’ (once in English and once in Latin) to be a reference to the John Skelton poem of the same name. In each of this instances it turns out that I have been applying Bayes’s rule and this pleases me because I think I can now put a bit more structure on the way I think about this ‘paying attention’ to poetry business.

We now have a slight digression on statistics. I find that I understand statistical probability on a fairly instinctive way. I know this because I can still recall my reaction to learning the statistics with regard to being over 50 and having a bipolar disorder. The numbers in question are: suicide attempt (70%) and successful suicide (20%) and the only further detail that I needed was that one in five relates to the total number of people with the condition and not the 70%. This was a very big slap in the face and ever since I’ve taken a much more active interest in my care and have been much more proactive in obtaining the services that I feel I need. I did not find out how these figures were arrived at nor whether there were any other variables. In terms of prevention it would seem that lithium might be beneficial for attempts but this may be due to patients who are drug compliant might be less likely to do themselves in. What I’m trying to say is that I’d like to think of myself as a creative esoteric type who has a distant relationship with calculations and numbers but I also know that my reaction to these numbers was immediate and unfiltered- i.e. that 7 in ten and 1 in 5 are both lousy odds.

Anyone who has read poetry that is considered to be difficult will know that engagement initially depends on using probability to work with sparse data. For example, I don’t know that Prynne’s ‘grow up to main’ refers to Ulster Protestant anxiety about demographic trends but I can demonstrate that such an inference does have more than a chance of being correct. Of course that also depends on the level of likelihood that the recent civil war is one of the themes of the ‘Streak Willing’ sequence and both of these depend on information acquired prior to reading the poem and what feels like a rough calculation of the odds.

If we think of difficult lines or phrases as what the article decsribes as ‘latent variables’ i.e. data that is unobserved or hidden from us then the Bayesian rule can be applied.

There are many latent variables in the above, one of the many pleasures of paying attention to Prynne is that each and every phrase may contain data that has several different meanings. I’ve chosen ‘grow up to main’ because it’s one phrase that appears to point in a reasonably specific direction and is one that I’ve used in my head to work out what the Bayesian rule might be.

This is the passage that struck home with me:

Bayesian inference gives a rational framework for updating beliefs about latent variables in generative models given observed data. Background knowledge is encoded through a constrained space of hypotheses H about possible values for the latent variables, candidate world structures that could explain the observed data. Finer-grained knowledge comes in the “prior probability” P(h), the learner’s degree of belief in a specific hypothesis h prior to (or independent of) the observations. Bayes’s rule updates priors to “posterior probabilities” P(h|d) conditional on the observed data .

(I’ve removed the quite scary sum that occurs in the middle of this because I don’t understand it and because of the limitations of the WordPress formatting monster.)

The constraining of hypotheses in poetry reading terms is the narrowing down of an infinite number of subjects to ones suggested or alluded to elsewhere in the sequence and knowledge of what Prynne tends to write about. Both of these would point to politics – imperialism – recent conflicts – Iraq, Afghanistan, Ulster and further refinement led me to Ulster as a constrained hypothesis as to what the sequence may be about.

‘Prior probability’ turns out to refer to the extent/depth/strength of my belief that ‘Streak~~Willing~~Entourage~~Artesian’ is about Northern Ireland and the Bayesian rule looks at the impact of my understanding of the new data (‘grow up to main’) on this hypothesis to produce the posterior probability referred to above.

Given that the phrase doesn’t make grammatical sense, I ran through a number of possibilities- ‘main’ as the sea and this being a reference to sons running away to sea in the traditional manner or ‘main’ as in the most important or central or controlling part at which point a connection was made in my head with the view that the only reason the Protestant factions came to the negotiating table was that demographic trends indicated that the Catholics were destined to become the majority anyway and that it was best to share power now rather than become the victims of persecution once that moment was reached.

I find with Prynne and Celan that there are very few certainties and that every readerly judgement has to be made on probabilities. I’m also aware that, having come to this insight, I become more entrenched in my view and less likely to consider other probabilities simply because I haven’t thought of them. The other thing that I’ve done to increase the posterior probability is to point to such unarm / same peril as pointing or referring to the same way of thinking as in “we’re going to have to face this point whether we disarm or not” which is very satisfying and only slightly let down by the ‘Me’ that precedes it.

The other value of the Bayesian rule is to think about where the reading has produced the ‘wrong’ or unintended interpretation. In retrospect it turns out that I was so carried away with my ‘insight’ that I forgot about the odds.

The only qualm that I have about this is that it seems a bit too smooth, I don’t do these things in a linear way, my arrival at a posterior probability may contain many competing hypotheses and I may come up with a solution / possibility when engaged on another task but it does seem to present a broad outline of how I pay attention to this kind of material. What’s interesting is the confirmation that the appreciation of poetry may not be some left-field intuitive event but may be based on hard calculation…..